The Myth, The Meaning, and the Custom

If you ever visit Peru, especially the areas of Cusco, Puno, or Ayacucho, you’re sure to see a pair of clay bulls resting on the rooftops. I always wondered about the reason behind these ‘Toritos de Pucara’; the answer is fascinating!

These Toritos of Pucara symbolize protection, happiness, and fertility. It’s traditional to place a pair on the rooftop of a house as a protection for the home when a family moves in. But where did this custom stem from? Since Quechua (the language of the region) is purely an oral language, it’s difficult to know exactly where the Toritos of Pucara originated. However, there is a myth passed down…

The village of Pukara (a small town near Lake Titicaca), was in the throes of a deep a drought. The drought seemed never-ending, and the desperate villagers didn’t know what to do. One day, a man from this village decides to sacrifice his bull to God Pachakamaq and ask that in return, rain come upon the land. He begins to guide his bull up the rock of Pukara, to sacrifice it at the top. The bull, perhaps realizing his fate, starts to struggle and resist, and in the process his horn strikes a rock. Water pours from the rock, enough to bring the land out of drought and flourish once more. From then on, the villagers revered the bull as a sign of protection, happiness, and fertility. This miracle inspired local craftsmen to create ceramic bulls, which protected those within when placed in pairs on the tops of the houses.

There is a lot of symbolism to the ‘Toritos of Pucara’, but to name a few:

Furthermore, the different colors of the bull can signify different things. Originally artisans crafted the bulls in earth tones. As the toritos became more commercialized, colors were introduced.

The bulls are always in pairs, as a symbol of Andean Spiritualism. This is very similar to the yin and yang of Eastern cultures: light and dark, sun and moon, male and female.

The Toritos of Pucara are a beautiful custom carried out today in many places of Peru. So if you’ve ever wondered about the Toritos de Pucara, now you know!

If you’re interested in learning more about the custom of the Toritos de Pucara and would like the opportunity to paint one as a memory of your time in Cusco, contact Ayni Peru here. 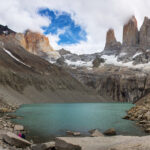 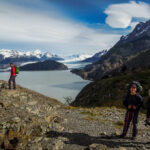 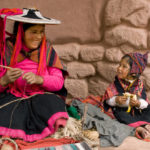 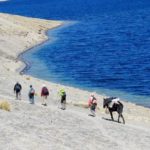 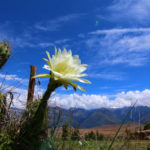